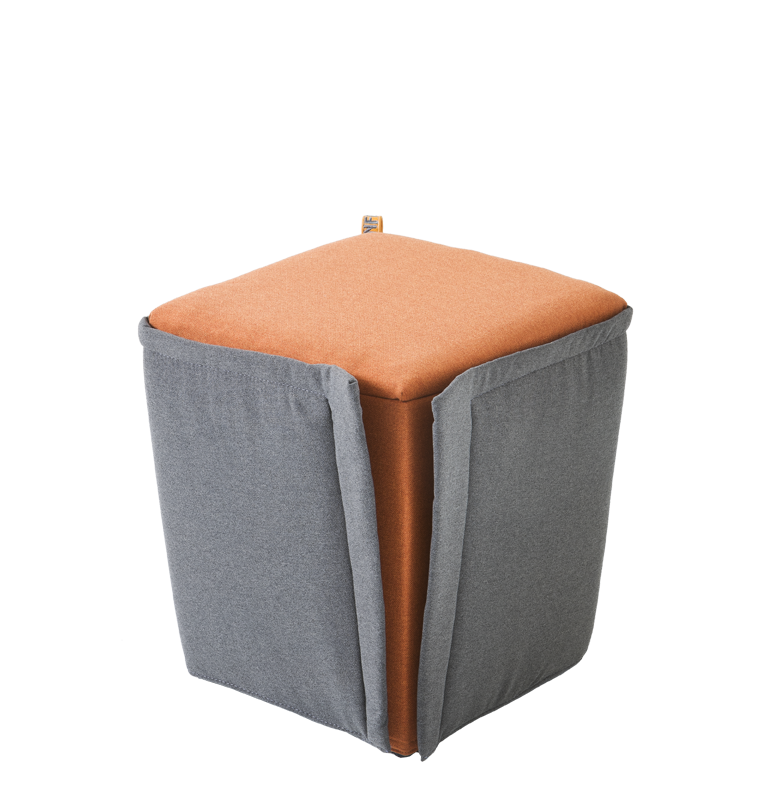 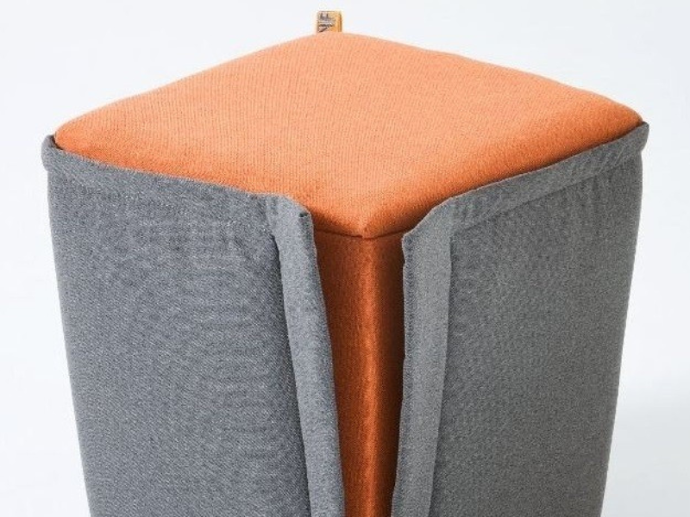 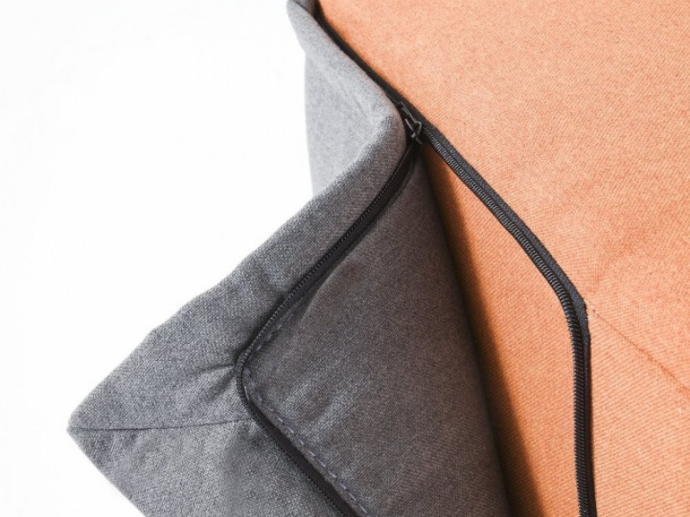 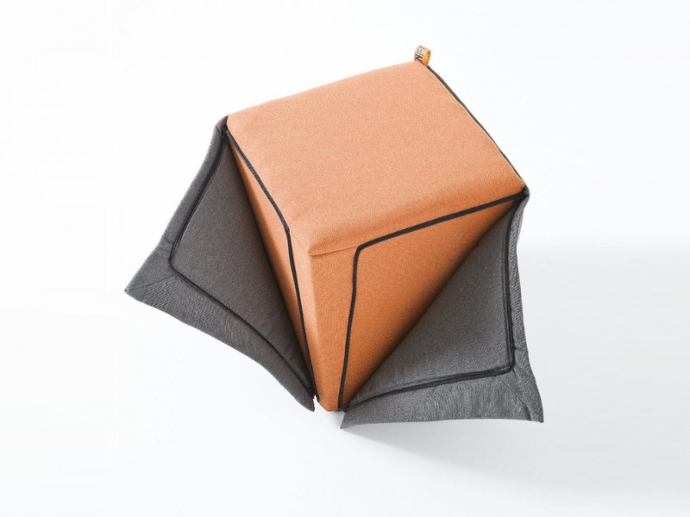 Finferlo is a padded and upholstered ottoman.‎ Finferlo is distinguished by playful and fun design, the ottoman with two large lapels, just enough to create room for magazines or accessories.‎ A small loop with the product name embroidered makes this lightweight piece easy to move around.‎ The pouf fully removable and separable.‎ Take off the cover of Finferlo born from 'will be able to replace, clean, or just play with the colors of its walls.‎In a corner of the ottoman two large lapels, similar to the neck of a jacket, indicate the starting point of the two hinges that in flowing along the entire perimeter of the object allow to detach the coating outer perimeter or open far enough to create a space of containment for magazines and / or objects.‎The inner lining of the seat instead remains attached to the supporting structure by means of Velcro, thus allowing, also of this, disassembly when necessary.‎A small slot in the skin with the product name embroidered, allows to carry it with ease thanks to its lightness.‎ The sartorial details and cleanliness of its strict line design makes it an attractive and can be inserted in a variety of contexts.‎